How can I use tumblr to market my business? 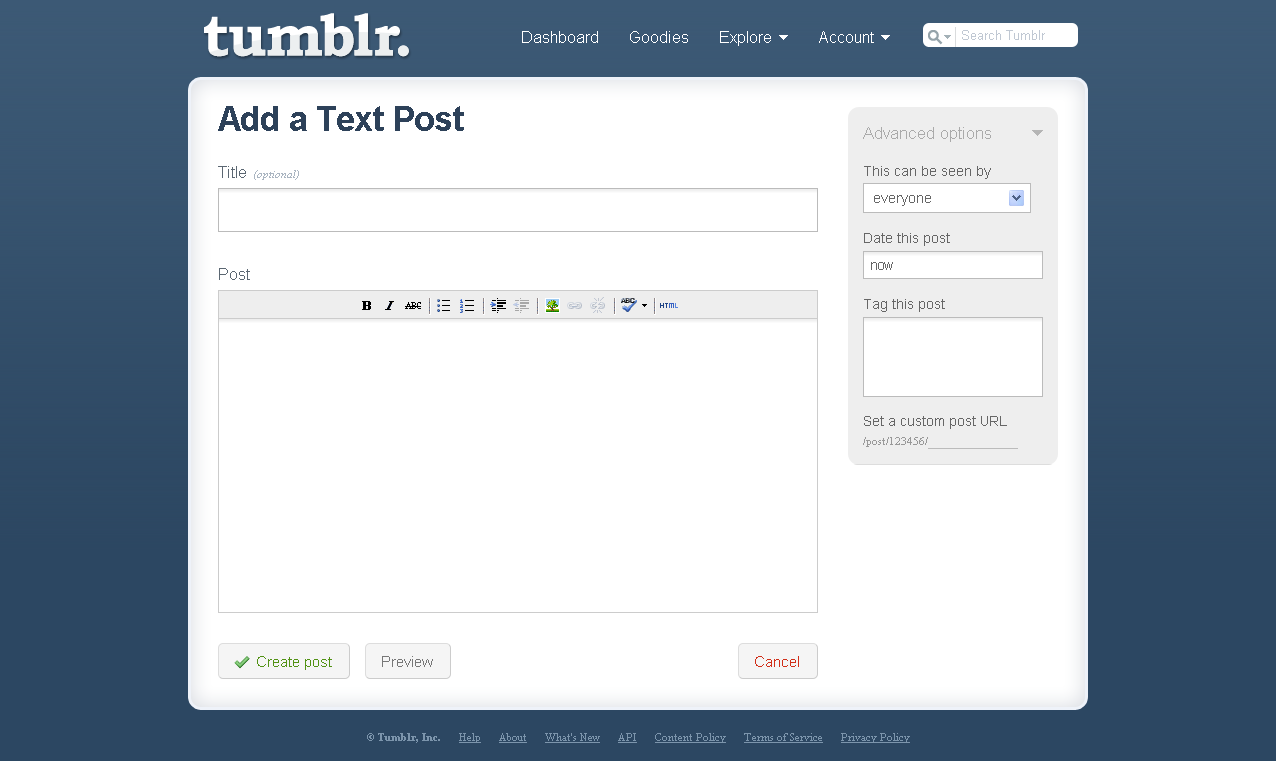 13 Feb How can I use tumblr to market my business?

Everyone’s using Facebook to market their business these days. Most use Twitter, Linkedin and more people should be using Google+ (as we outlined previously). However, in the world of internet marketing, we’re always looking to get that little edge over our competition. Tumblr is far from an unknown name, though very few businesses outside of a few niches are using it for marketing and SEO purposes. While most of tumblr is aimed at teenagers, young adults, artists and other creative types, there is still value in using it for more traditional businesses. If you are unfamiliar with tumblr, it is a blogging site that is very visual in nature. Most active users populate their blogs with “reblogs” where the original poster is credited with that image, text, quote, video, gif, or link. Below is a list of tips for business blogging on tumblr.

Reblog and share more than you post. This may seem counterintuitive, but the “culture” of tumblr is largely that of sharing other people’s work. People on tumblr are not the same as those on Facebook, and are very averse to following blogs that shamelessly self-promote. Try to find content that relates to your business in some way, but that people would also like to see and reblog.

Try to focus on posting images or videos. While quotes and news stories are sometimes shared on tumblr (especially those political in nature), most people go on tumblr for the images, gifs and videos. This is easy for businesses that are very visual in nature like galleries and designers, but there is still room to get creative for less visual businesses. Try creating and sharing an infographic!

Share your blogs. If you write blogs regularly on your website (kudos if so), share them on tumblr! If it’s valuable and interesting information you could get several reblogs leading to valuable backlinks to your website and hopefully more followers!

Don’t forget about tags! Tags are the universal categories on tumblr. They are as important as they are on twitter. Try out different tags and see what people are searching for that’s relevant to your business and blog. Keep them short (one or two words), so there is a higher likelihood that others are searching that tag.