Lessons on Success From Super Bowl 44 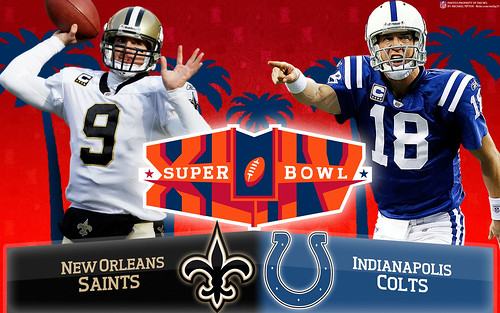 Many sports analysts are dissecting Super Bowl 44 and offering their thoughts on how the New Orleans Saints pulled off an upset victory over the Indianapolis Colts. I personally think this game was decided by the mental state of the two teams and came down to the question of “desire”. The difference in “desire” meant the Colts played to not-lose and the Saints played to win. This sounds like the same thing but it isn’t. In business and in sports you play to win. If you don’t have a desire to win but only to “not lose”, then you’re not going to win. If you’re playing not to lose then you’ll make mistakes that will cost you the game. (I’m not blaming Manning for the loss. I’m only pointing out that the game would have been different if the Colts had approached it with a greater desire to win.)

I’m not going to delve into the details of the game but I believe the game turned into the Saints favor towards the end of the second half. Facing fourth and one at the one yard line, the Saints went for it, instead of kicking an easy field goal. This demonstrated that they were willing to give everything they had to win this game. Unfortunately they were stuffed and at the time looked to be a terrible gamble, one that could cost them the game. However, what the Colts did next revealed that the Saints were going to win this game in the end.

Instead the Colts played ultra-conservative and called lack-luster plays going three and out. They punted the ball back to the Saints, who then advanced the ball sufficiently and kicked a field goal. The Saints went into half-time behind 10-6 instead of 17-3. Energized, they came back with an on-side kick to open the second half. They recovered and subsequently scored a touchdown. The rest as they say is history.

Here are three things I learned in from these moments: 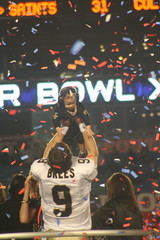 1. If you have an opportunity to greatly advance your business, do it. Go for it. Don’t hesitate. Don’t sit back.  When opportunity knocks be ready to take advantage of it completely. No “ifs”, “ands” or “buts”!

2. Sometimes the only way to get ahead with your business is by taking a huge gamble. Time your risks well and boldly execute them.

3. Ask yourself if you really truly have the desire to win. The level of your success is directly tied to the intensity of your desire. Do you have that burning desire to succeed no matter what?

The 2009 New Orleans Saints have certainly given me inspiration for the coming year. Congratulations to the city of New Orleans on showing the world what it takes to be a champion!