That pretty much summarizes Google Buzz.

It’s obvious they’re trying to take away market share from Twitter and Facebook and quite frankly its not going to work. Most tech types flock to anything Google does thinking the company has some special power. It’s almost a religious experience for techies. If you look closely though you’ll see that Google’s recent history is littered with failed products and services. Remember Orkut? No? Well, I don’t blame you. How about Wave? Yep, I thought so. Lively? Well let’s not go there.

Buzz will soon join the dustbin of history. Here are five reasons why I think Buzz will be forgotten before you finish reading this article: 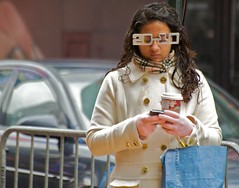 Social bandwidth is limited for most people and most don’t like to re-gift! I already update my status on Twitter and Facebook. I’m not the kind to feed one status into another. It creates clutter and pisses people off. The communities I belong to on these different sites are different and why would I link status updates between the two? That means I have different status updates on each social site. So, now Google wants me to update my status on Buzz. I’d love to (not really) but, sorry, no time. I guess I could feed my Tweets into Buzz, but what’s the point? Seriously. It’s like re-gifting. Might make sense financially but socially unacceptable.

I played with Buzz for a day or so and soon realized it was starting to clutter up my neatly organized email. Ok, ok, I’m not that organized but it did make reviewing email and finding stuff much more difficult. Plus Buzz just looked like another email between my contacts. Why not just email them? Why deal with this clutter. 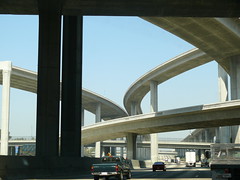 I use Twitter to find and network with new people. My professional network has grown tremendously as I’ve used Twitter over the years. I use Facebook to keep in touch with people I already know from my past. Co-workers (mostly only after I leave the job), college friends, family etc. My updates and engagement on Facebook is mostly “private”. So, where does Buzz fit into this distinction for me? I don’t need to “buzz” with my email contacts who already see me on Facebook or Twitter. Business contacts you say? Well, lets start with email first, then we’ll connect  on LinkedIn. Then, we may have a chance for something more.

Google’s ecosystem of products and services is getting complicated and is becoming harder to keep in focus. I upload my pictures using Picasa, then update my status using Buzz, chat on Google Chat, share videos on YouTube, send invitations on Google Calendar, create groups on Google Groups etc. For the vast majority of people this is far too complicated. Especially when you call do all that within Facebook. Pretty simple. Maybe what Google should create is an interface that brings all this together. Hmmm…….

You have more reasons.