Continuing in my series of conversations with social media practitioners, today I share with you an interview I conducted with Justin McHood. I’ve known Justin for a few years and we’ve enjoyed a professional relationship due to our shared background in the mortgage industry and our interest in SEO, affiliate marketing and other Internet Marketing tools.

Justin has worked as a loan officer for the last seven years. In those seven years he has been responsible for at least a thousand funded loans and by my estimation at least a thousand and one happy clients. He started blogging in May of 2008 at ArizonaMortgageTeam.com and now contributes to several different mortgage and Real Estate related blogs. Justin is a talented fellow with an MBA from Brigham Young University but he somehow never managed to let school get in the way of his education. He lives in Chandler, Arizona and when he is not trying to solve seemingly un-solvable underwriting conditions or get docs out on a loan “yesterday” he enjoys golf and tinkering around with Twitter.

So, all this humor aside here are my questions and Justin’s answers:

1. Why did you choose social media (blogs, twitter) as an integral part of your business development strategy?

JM: Working in the mortgage business, for many years the company I was with at the time only did direct mail, nothing on the web. As the market started shifting and equity values started falling, it became clear that we needed to make a shift and so in 2008 I started my first blog.

After the first blog launched, it became clear that there were many more things that I could be doing to promote “mortgage experts” on the web – such as Twitter, Facebook etc – and I was fortunate that there were very few loan officers at the time doing it.

2. What is the most amazing thing you did in 2009 when it comes to social media? Perhaps there was a blog post or a Twitter connection?
Amazing… I don’t know about “amazing” but the most positive feedback I remember getting was my “Dear President Obama” post 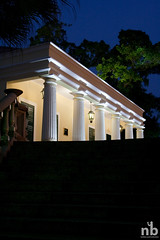 and my “Is Your Landlord a Lemon?” posts – both on Zillow. The Lemon Landlord post actually was featured on the Zillow homepage – which was the first time that Zillow featured anything that a loan officer wrote like that – or at least to my knowledge it was. My personal favorite was the “We Suck Less?” post on The Phoenix Real Estate Guy, it just really hit home for me. Sometimes you can’t make that stuff up.

I also thought it was fun to teach Beverly Kidd the Keyword Game when she came to #EVFN (East Valley Friday Nights) – where we would pick a keyword for her to say on air over Twitter and she would sneak it into the evening news. Go ahead, give it a try – just get on Twitter, @BeverlyKidd a keyword and see if you can get her to say it on the air. You might be surprised at how savvy she is at slipping them in without missing a beat.

3. As a mortgage professional is it possible to successfully use social media without being passionate about mortgage? What role does passion play in making your social media usage successful?

Don’t let this surprise you, but I am not passionate about mortgages. To me, they are just another “widget” that people buy when they need to. So yes, I would say that it is possible to be successful in all kinds of social media if you aren’t particularly passionate about what you are doing at the time.

This is just a hunch, but many people who I have met through social media actually know that I don’t like mortgages – but know that because I am transparent and will tell them “the truth” about mortgages – they say that it is refreshing to get an “inside” view of what really goes on in the mortgage business.

4. How do you answer those that say social media takes too much time and is a waste of time?

There are many different ways to do it “right” – but if you don’t take the time to learn about what is and isn’t acceptable in social media, you are probably going to end up putting in a little bit of time, get nothing out of it and then declare that it was a waste of time.

Social media is… social. It is always fun to watch new people come into the social media circle and just try to “fit in” – and what kinds of strange things they do to try to fit in.

5.. How do you measure the success of your social media strategy? What role did social media play in making 2009 successful for you?

Social media is pretty much all I do for marketing – and I made it through the mortgage business in 2009, so I consider it to be a success. I also think that I probably have a base to build on going forward, which is key in my opinion.

6. How has the use of social media directly affected your business since you actively began using it?

7. How has the use of social media affected you personally?

I know a lot more great people than I used to. I used to be kind of isolated in my day to day world – but I have made quite a few “good” friends and even a few “great” friends through social media. In a lot of ways, I guess it is kind of a “digital country club” only there really isn’t a membership fee – you just need to be Authentic to be let in. 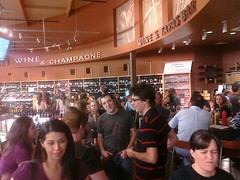 cribe it. For example, one of my daughter’s friends mom asked me what I did for a living and I told her that I played a loan officer on Twitter. She didn’t exactly know what to say.
Lastly, I finally have a group of friends that I can hang out with (almost) every Friday night at #EVFN. @evo_terra, @sheila_dee, @raillife, @deanouellette, @phxreguy, @dpatricklewis, @spellwight, @paulvalach, @shanehollenback, @cwaterhouse, and plenty of other great people show up a different location each Friday night to have a great time. If you live in the East Valley, it is worth going to these at least every once in a while – especially the ones at Whole Foods.

I know this sounds crazy, but I don’t really have any hopes or plans. I just kind of do what I do, adapt as new technology comes along and try to keep up with the smart people in the space. I think it is safe to say that I am probably not going to do anything that sets the world on fire in 2010 or if I do, it was a complete accident.

But I do tinker around with matches and dynamite a lot, so I suppose anything is possible.