In many ways social media and non-profits are a match made in heaven. Social media is about conversations that are authentic, genuine and transparent. These are all attributes of successful non-profits.  This is not to imply that for-profits can not use social media, but only that non-profits have a built in advantage when it comes to the new media. It is therefore not surprising that major non-profits such as The American Red Cross, have been early adopters of this new media.

Beth Kantor, a prominent non-profit blogger writing for Mashable puts it this way:

We’re just at the beginning of seeing how social media is impacting how non-profits engage with their supporters and do their work. As more and more non-profits adopt social media and their practice improves over time, we will no doubt see a transformation of the non-profit sector.

When I decided to do a series interviewing social media practitioners, it was only fitting that I interview Kelli Donely. Kelli at the time ran a local non-profit (COAR) and has integrated social media seamlessly into both her professional and personal life. I met her on Twitter as she was talking about her work with refugees in Arizona. I decided to follow her updates because of the recent influx of Nepali speaking Bhutanese refugees in Phoenix.  Since our connection on Twitter, Kelli has even recruited me to help with assisting refugees. The power of social media in action!

Kelli Donley is an Arizona native who received her BS in electronic media from NAU in 2000 and her Masters in Public Health from U of A in 2004. She served as a Peace Corps volunteer in Cameroon and previously worked in international health. She’s managed health projects in the United States, Bolivia, Mozambique, Nicaragua and Mexico.

So, lets get to it and see what Kelli has to say:

1. Do you get excited when you think about COAR, the power of social media and the endless possibilities the fusion of the two could create?

KD: I do. This is of particular importance to an organization like COAR that relies on a strong volunteer base to function. With one paid employee and more than 200 volunteers, social media makes finding, recruiting and training our workforce dramatically easier. It also makes it that much easier for our volunteer base to communicate with their friends and family about their work with COAR to spread our message.

2. What is the most amazing thing you did in 2009 when it comes to social media on behalf of COAR? Perhaps there was a blog post or a donation received via Twitter?

KD: I think the most amazing thing we did was have IWS – Integrated Web Services — take over our social media on a pro-bono basis and increase our subscribers by 400%. They did this for both our twitter and our facebook fan pages.

3. Do you think that in many ways its easier to use social media on behalf of a nonprofit vs. a business? Are there any examples that come to mind?

KD: I don’t have the business experience to answer this, but I think people are more tolerant of social media that is asking them to get involved in lieu of buying something.

4. How do you answer those that say social media takes too much time and is a waste of time? 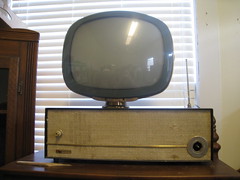 KD: I say, “silly.” It is ridiculous that people don’t want to use social media because of time. We are a nation that on average watches more than 4 hours of tv each day. There is your time. Turn off the TV, step away from your recliner and get to work.

5. How do you measure the success of social media when it comes to a non-profit? Specifically, how has the use of social media directly affected COAR since you actively began using it?

KD: Participants and donations. We have used both twitter and facebook to get a large number of volunteers this year and to raise awareness about our giving campaigns.

6. How has the use of social media affected you personally?

KD: Some has been good, some not so good. It is a fine line when you are the head of an organization and also have a life. You are always extra wary of what you are posting so it can’t be taken out of context. I like twitter. I could do without facebook. It is like an extended yearbook and I find most of the communication there is pointless.

KD: To raise awareness for COAR.